Reducing labour costs for retail: A key priority for 2021?

2020 has been an incredibly difficult year for people, countries, and businesses. We have covered the effects of COVID-19 on retail in great detail, so let’s begin to look ahead at 2021 and what the key trends are likely to be in the increasingly-familiar ‘new normal’ and beyond. Starting with a key priority for retailers both for now and next year: Reducing labour costs in stores.

With the financial impact of this year, as well as the reduced sales in brick-and-mortar stores as more customers opt to shop online, retailers need to cut costs in innovative ways to stay profitable. Cutting costs negatively, by getting rid of staff or stores or putting pressure on employees over scheduling, time theft etc all harm staff, customers, and sales. However, there is a more positive or proactive way to achieve this – improving store processes by implementing technology in stores. In this article, we’ll cover where these improvements can be made and where RFID, in particular, can allow retailers to drastically lower labour costs.

Before we get into what technology can do to cut labour costs across the board, let’s first establish why other forms of cost-cutting should only ever be a last resort for retailers, and even then are unlikely to produce positive results. To do that its helpful to establish the difference between optimising costs and cutting costs.

Cutting – getting rid of staff or entire stores that are required as a cost-saving measure.

When it comes to large or global retailers with hundreds of stores, cutting labour costs at scale by reducing staff falls almost always into the latter category.

But this can have huge repercussions on a stores performance and their ability to serve customers. According to RetailDive a study of one apparel chain found that they were only achieving 85-95% of their potential sales due to its staffing levels. According to a separate report from Massachusetts Institute of Technology, 6% of all possible retail sales are lost because of lack of service, as customers are unable to locate help.

In short, cutting labour costs by reducing staff in stores simply doesn’t pay. So, what are the more positive and proactive ways retailers can cut labour costs in stores without harming staff, customers, or profits?

When looking at the most staff-intensive areas of a store, you have to start with the checkout. While it does vary depending on the category, with grocery being particularly prevalent, cashiers and point-of-sale are a huge drain of staff and therefore a large source of labour cost. But removing staff from this area without offering any alternatives is not effective as long ques scare away customers and hurt sales. So, the options to reduce costs associated with the checkout are:

It may seem like a no-brainer, and for some retailers it is. Since there is no need for a cashier at every register, one employee can easily monitor 6-10 self-service registers which free up staff to be available elsewhere in the store. However, outside of the food industry, self-service hasn’t really taken off mostly due to the higher price points of items making checkout theft a much bigger concern, in these cases, there is often also a need for staff to remove things like security tags (more on this later).

Implement technology at PoS that makes the checkout process faster

The other option that is available instead of or in tandem with self-checkouts is improving PoS technology to make it faster and more efficient, reducing the number of cashiers needed. Popular European food retailers, Aldi, who was described by CNN as a ‘brutally efficient grocery chain’ have barcodes all over their products, making their cashiers infamously fast. But for many retailers and sectors, this isn’t feasible, so what is the other option? An RFID tag can achieve the same purpose as the radio frequency it emits can be read at any angle. Even better, every item can be scanned/read at the same time! Having RFID-enabled checkouts can not only massively cut queue times but also reduce labour costs by having fewer staffed checkouts per store.

What about the other process store staff spend the majority of their time on? Managing inventory and replenishing sold items can, depending on the retailer and the category, be a big drain on staff time. While automating the process entirely would require robots and eliminate the need for staff altogether (something we do suggest) automating the management of stock with intelligent software is our speciality. With in-store mobile applications that provide accurate and timely replenishment advice, shelf management becomes much easier for staff and cheaper for retailers. The Detego platform takes this even further and can even order replenishment advice so staff take the shortest and most efficient route possible!

Loss prevention is a key principle for most stores. When you are trying to maximise revenue, losing stock and sales eats into profits and makes thin margins even thinner. Naturally, the majority of retailers have systems and technology implemented to combat shoplifting in stores, with the most common being ‘hard’ security tags that need to be removed by staff before passing through the store’s EAS gates. But these tags come with a hidden cost: it’s estimated that a single security tag costs around $0.30 in labour costs to add and remove from each item. Added to the cost of tags themselves this can add up fast, particularly in sectors like apparel where this is done for every item. But since not having loss prevention in place is just as costly, what are the alternatives? RFID tags can be used with EAS gates, and provide a more cost-effective option. They are the ‘soft’ version of such security measures meaning they do not need to be removed before leaving the stores but are slightly less durable. If we are keeping score here, using RFID instead of hard tags have the following advantages:

Finally, let’s move away from daily processes and labour costs and look at something that (most) retailers only do a handful of times a year but at great cost: The full store stocktake or cycle count. The cycle count is a necessary evil to know exactly what is in retailers stores to maintain stock accuracy and optimise working capital. However, without supporting technology these stocktakes are big undertakings – which is why they are done so rarely. Larger retailers often use third-parties to perform these stocktakes, which cost around $2000 per store (depending on size). When you do this for an entire store network – the costs add up fast.

The best alternative to this? Implement RFID in stores, meaning staff can regularly perform RFID stocktakes on a weekly or even daily basis. This removes the cost of the annual stocktakes, but are you just replacing it with the cost of RFID itself? The reason this works financially is the long list of benefits you gain from using RFID, most notably an increase in sales and a reduction in running costs (both from reduced labour and less running capital). This is not just us saying so as the list of retailers who use of RFID has grown hugely and more and more retailers are choosing to adopt the technology.

How the Detego platform can reduce labour costs by 20%

While covering the ways retailers can cut labour costs without affecting their staff or customers, we’ve touched on many brands can do so with RFID. Cutting labour costs in a proactive way requires investing in technology and upgrading store processes and RFID ticks a lot of boxes here. The Detego platform allows retailers to easily implement RFID in stores and start seeing a fast ROI. Implementing the platform also reduces general costs further by decreasing inventory sizes, reducing working capital by around 15%.

Book your demo today to find out more about our solutions to reduce your labour costs at scale: 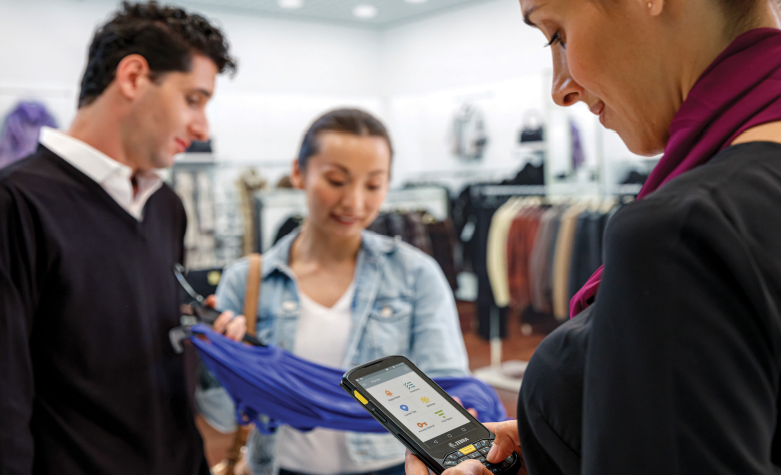 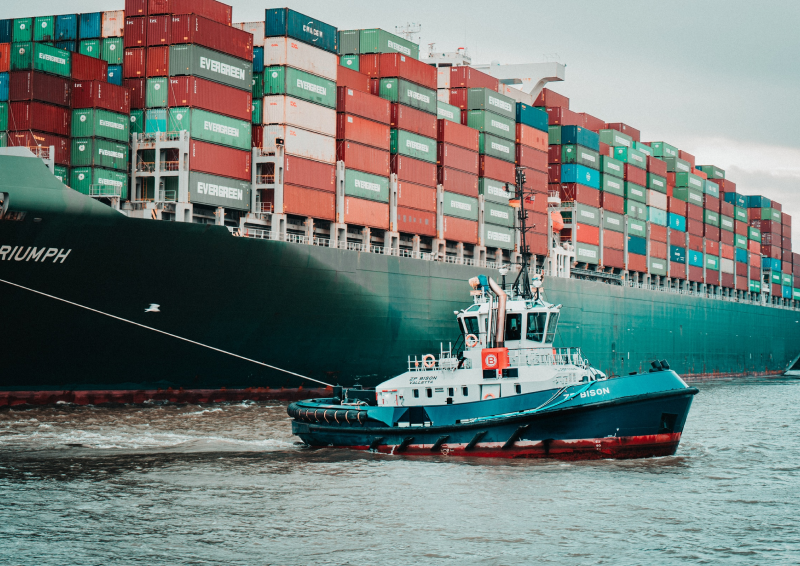 Article
Combatting the Grey Market: How to Protect your Brand Reputation?
The grey market and parallel imports can have drastic consequences for retailers, especially when it comes to their brand value. Is RFID for retail the answer? 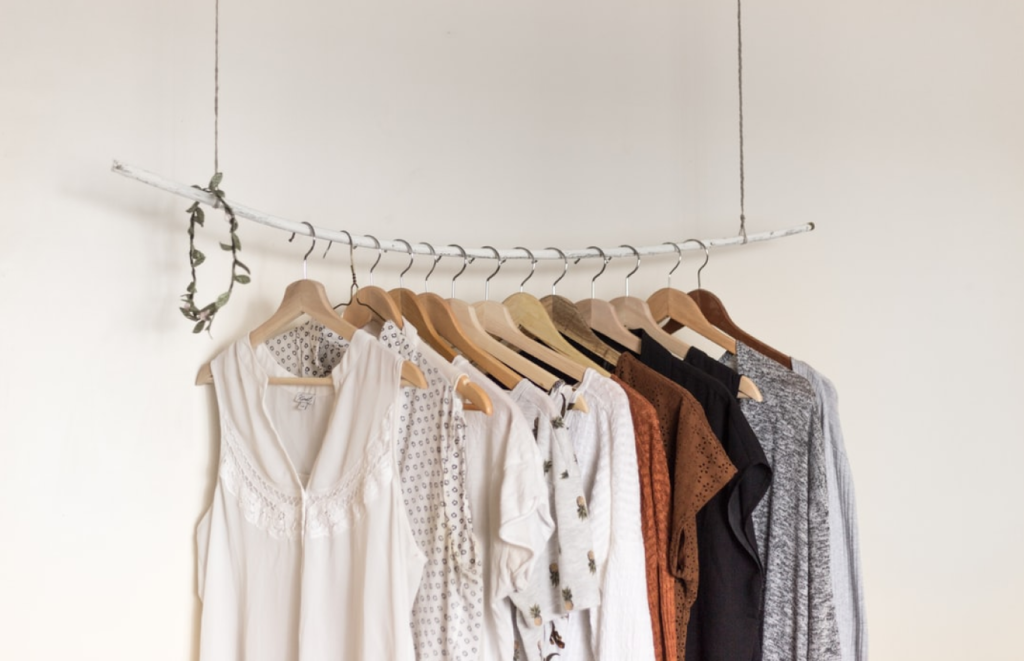 Article
Is RFID The Key to Sustainable Fashion Retail?
Retailers are increasingly looking for new ways to make their operations more environmentally friendly, and RFID for sustainable fashion retail is one of the solutions. 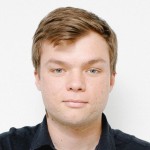 Talk to our experts today